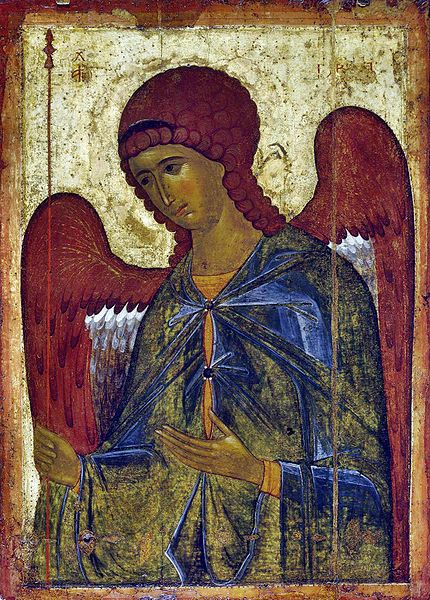 Posted at 01:56h in Channels by Trinity Esoterics

Greetings Dear Ones! How pleased and honored we are to be in your presence today. We would like to extend a special welcome to those who are experiencing our group for the first time and by group, of course, we mean not only those who are in the room with us right now but also those who will be experiencing the transmission on the internet at a later time.

What exciting times you are living in! How blessed you are to be on the earth at this time. Many of you would see it as a challenge, to some, a cross to bear, but from our perspective it is a great blessing. This is why we honor and love you so deeply and unconditionally as we watch you flounder in your life expressions and start to remember that this was a choice. You have worked many lifetimes to be where you are today, to be in this room, to be on the planet. You are here in your highest service, Dear Ones. You have worked hard for these moments that you are experiencing right now. We often call it The Greatest Show on Earth and it is, watching you remember who you really are and creating a brand New Earth.

Many of you feel like you must get up every single day and look for trouble within yourself to release. You are spending so much time looking for trouble within yourself that you are forgetting to create for yourselves the life expression that you want. In the times that we are in now, you have reached a level of mastery which makes this quite unnecessary. Rather than finding wounds to release, we would suggest you create a life experience for yourself that is whole and healed! Do you see the difference, Dear Ones? It is quite simple. Releasing had its place but now is the time for creation.

Some people will say to us, “Gabriel, how can I do that? What if there’s more junk I need to get rid of?” So, we would say to you, in your humanity, loving instructions and to do lists as you do, to have one last grand release party with yourself. Release it all! Release your old stories. Release your self-limiting beliefs about yourself, about healing, about the planet, about humanity, about your purpose. Release it all! Release the stories that keep you small. Release your emotional pain. Release your victim consciousness. Release anything that keeps you from shining in your grandeur, in your highest light, in your mastery. Release being small. Release doubt. Release fear. Release physical pain. Release illness. Release anything you don’t want to keep any more. Release aging. And then we would suggest that you release the high points of your life as well. Release all of those moments that you would call the best days of your life or the moments that you are most proud of. Release those, too, because in many ways people hold onto their greatest accomplishments and use them as a cap to keep them from allowing themselves from shining beyond them. And when you are done all of that, Dear Ones, release releasing, too! Let it go. It no longer has a place for you.

Do not fear, Dear Ones, you will be just fine if you release releasing. You will find something else to do and it’s called creating! It is not necessary for you to be in that endless cycle of releasing any longer. You might say, “But Gabriel, what if I missed something? What if I’m blocked? What if I didn’t see it?” Dear Ones, allow the process to take care of it from here on in. The universe is taking care of it for you. Your guides are making you aware. The energies are pushing up and out whatever you no longer wish to carry, whatever no longer honors you. Allow the process to take care of itself. You are like self-cleaning ovens, Dear Ones. Do not worry about it because the process is in place to assist you. So if you release releasing and are moving along quite nicely and recognize that all of a sudden you feel anger and judgment toward another, do not allow it to throw you into a panic. That energy is coming up and leaving. Wave at it as it leaves you. It is simply being moved up and out. It is not to be concerned about. Instead, flow with joy and expectation into your role as the creator of the New Earth.

Now many of you have trouble figuring out, how do I create? How am I to be a creator? We would like to suggest that you think of yourselves as spiritual athletes. You see, athletes create themselves anew every single day. They do not worry about a fall that they had the previous day. They simply acknowledge it, learn from it and move on. Any athlete will tell you that if you do not commit wholly to what you are doing, if you are in fear or in doubt, you will hurt yourselves. Athletes, as they step forward into their day, and into their training, bring forth with them what works, what serves them best and leave the rest behind. An athlete would not say, “Oh, I ran my personal best yesterday so there’s no point in trying today because I’ll never do that well again.” Do you see? They are forever besting themselves. They are forever creating themselves anew. They visualize being the best that they can be, and then they make it happen.

And the most incredible thing about the entire process is that they feel joy throughout it all! They feel accomplishment, they celebrate their successes – all of the things that we’ve been asking you to do, Dear Ones! They shine and they would continue on in their sports if no one ever saw them do it again because it brings them their greatest joy. They honor their bodies. They give their bodies the rest that they need, the nutrition that they need, the hydration that they need. They do not allow fear and doubt to rule them. They create themselves anew in the best expression of who they are every single day.

This is what we would love to see for you, Dear Ones. We would like to see you, each and every day, jump out of your beds well rested and treat yourselves like spiritual athletes, creating yourself anew and as a by product of that, creating a brand New Earth, as you step forward in your highest light. Do you see? Do you see the beauty of the system? This is a model that you have already seen people using or perhaps have used for yourselves. This is something that is easy to employ in your life, and will let you move forward into your mastery.

The knowledge is there. You have been gathering the knowledge and the skill set, many of you, for years. It is within you. Now is the time to use it, to allow it to shine. This is what you’ve been waiting for. This is it. So as you move forward, employing these new wonderful ideas, know that we are there cheering you on, giving you all of the love and support that is required, creating the circumstances that best support you as you move forward and embrace your creator selves. It is a system that works, Dear Ones, if you will only keep yourselves in it long enough to see. That means truly moving beyond those old energies once and for all. Know that you are loved beyond measure and admired greatly for all that you are doing and accomplishing. You are succeeding, Dear Ones, in the most spectacular ways! Don’t lose sight of that. This is what we have for you today.

Question from an attendee: I’m asking for clarification. The work that I do, and many other healers do, is help people release original source fears at the cellular DNA level. Releasing is part of the healing process that we use when we work with beginners who are newly on their spiritual path as well as those who are in the creation/manifesting place. Where does one say no more releasing and only creating? What combination do I use? I just need some clarification on working with brand newbies and those already on their path.

Gabriel: Many people who are first experiencing the healing modalities need to feel like there’s something going on. Most humans, if you tell them that you can just not be sick and create beyond it, will not believe you. Humans need their steps particularly in the beginning of their awakening process. We would say that releasing as a healing modality has it’s purpose at the very beginning, particularly if one is purging out lower energies from a lifetime lived in density, however, as a general rule, releasing over a period of years is simply not necessary. So we would say with your intuition, you will know. You have already told some of the people that you work with that it is time for them to take the reigns and not depend on you, is this not so? So your intuition will tell you. It is a simple matter, as well, of Law of Attraction, you see? If you are always looking for trouble, you will always find trouble. You can end up in a merry go round of chasing one’s own tail very easily by falling into the releasing trap.

So, in closing, we are so proud as we look at each and every one of you. We see you for who you really are. We see your love. We see your hopes. We see your dreams. We see your fears. We see the energy that you hold. We see your potential. We see your highest purpose and as we can look at you and see it all, we love you so much that it could make us weep. Never think that you are alone on this journey, Dear Ones! We walk with you always, with the utmost respect and support and love. That can never go away or ever change, so hold that as a truth in your heart and move forward without fear as you create a new life for yourself and the planet. And that is where we will leave it for today. It has been our great pleasure.

Your donations help to support our service. With love and gratitude … Trinity Esoterics.