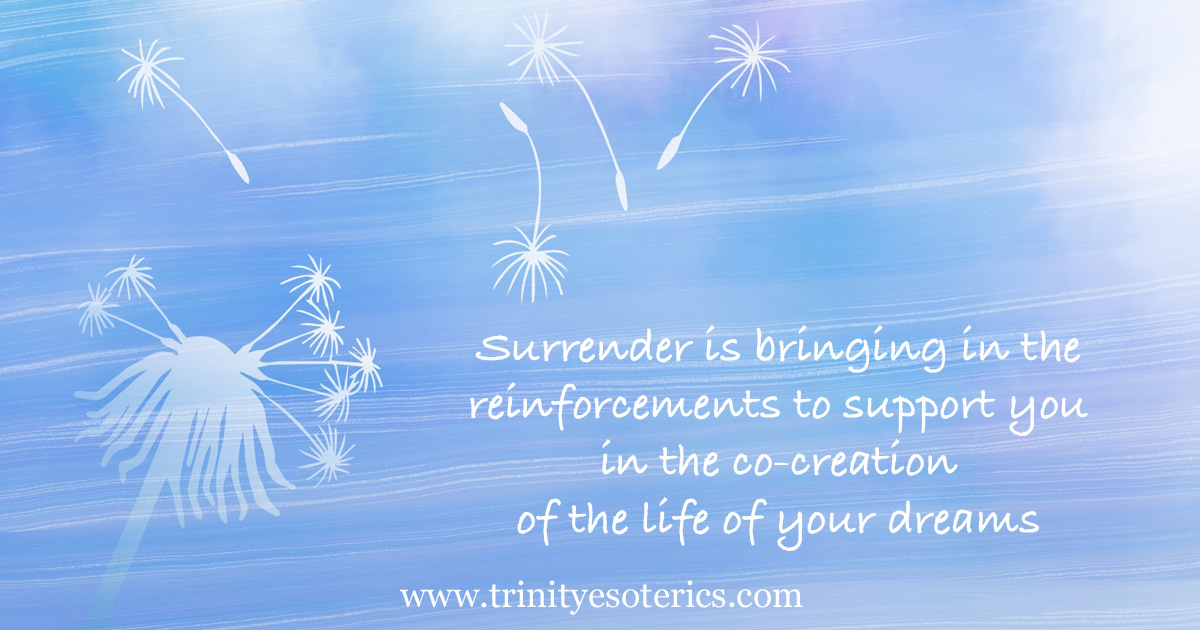 Posted at 08:19h in Daily Message by Trinity Esoterics

Do you surrender or do you play tug of war? Do you give it up and then take it back? Surrender, true surrender, involves the handing over of the reins to your highest self, your angels, guides, and helpers, to Source energy, to lead you beyond where you are stuck to where your highest outcomes exist.

We understand that feels like you are giving away your power, but in reality it is an act of empowerment. It is activating your full team of helpers rather than trying to go it alone. It is letting those with the vantage point to see what you cannot help move you to where you wish to be.

But this does not mean that you have abdicated your say in matters. Far from it! It merely means that you begin to direct your path in a different way, by giving up struggle and embracing ease, by watching for the signs and synchronicities, by allowing the unfoldment, and by communicating your preferences by your gratitude and focus, which is the steering wheel of the flow.

Dear Ones, you always have a say. Surrender is never about losing your voice, but rather about bringing in the reinforcements to support you in the co-creation of the life of your dreams. ~Archangel Gabriel