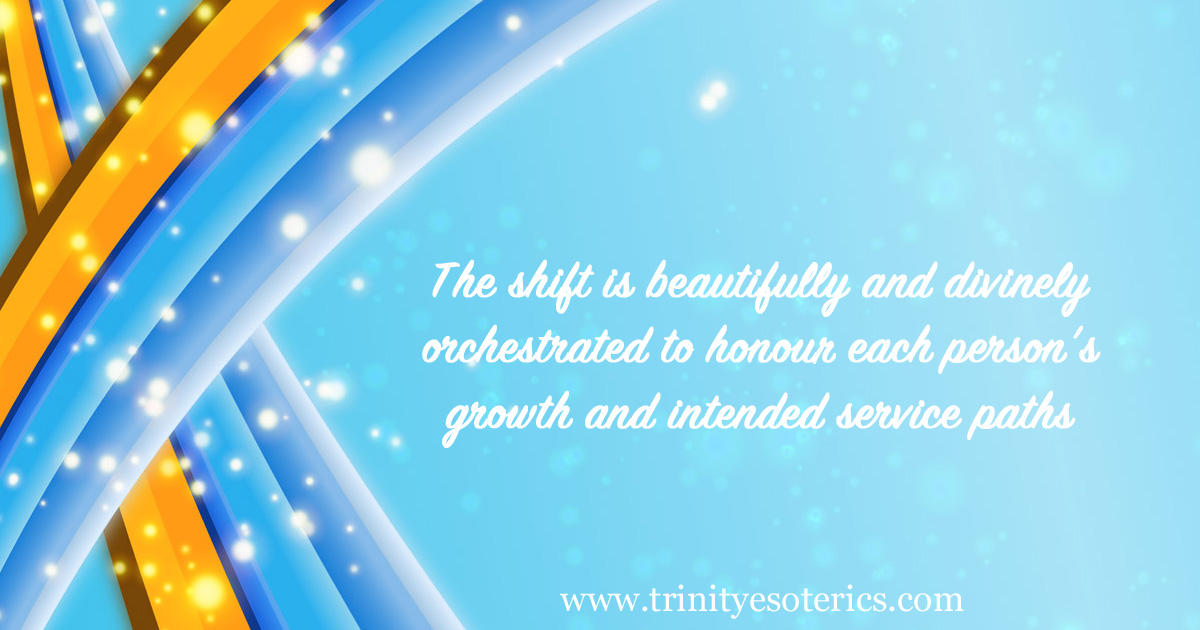 Posted at 11:54h in Daily Message by Trinity Esoterics

Many enlightening human beings came onto the earth to be of service. They understood the ascension of the planet and her inhabitants was a true potential and came to assist that process. Because many had attempted such a task before in other incarnations and failed, they came onto the planet with a great sense of responsibility – a seriousness and a sense of urgency that they naturally felt due to their service contract.

So now that the shift is occurring, those human beings are starting to experience a change of service. Their first phase of service, the doing phase, is completed, and now their service is shifting into being. This is a profound shift of service that many of you are now working on getting comfortable with.

There is a changing of the guard, so to speak, with one vast group switching up their service from doing to being, and another vast group stepping forward into the doing phase of their service. The first wave is moving forward in their divine self expression, pioneering new paths and potentials as creators, while many others are awakening to fill the service roles they left behind.

This is proof positive that the shift is occurring and all your hard work is reaping rewards! It is beautifully and divinely orchestrated to honour each person’s growth and intended service paths, and a wondrous aspect of the shift of consciousness you are all such a vital part of. It is truly remarkable to see. ~Archangel Gabriel