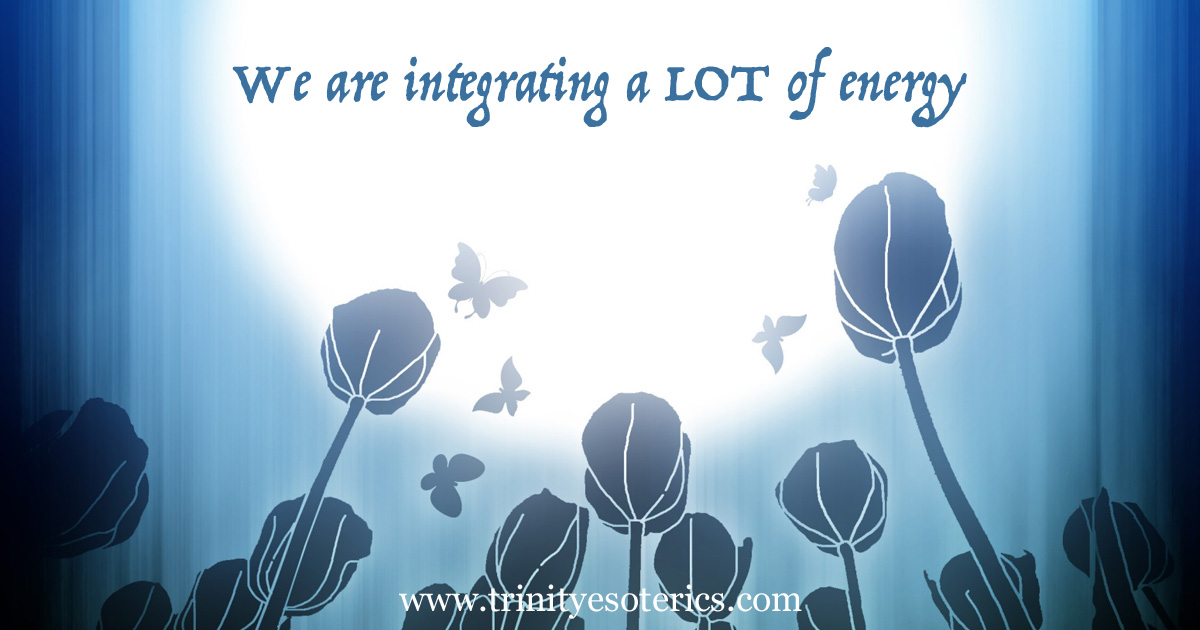 Posted at 15:54h in Etherically Speaking by Trinity Esoterics

Like everyone else, I’ve been watching the eclipse and its accompanying energies with curiosity. I really didn’t have any preconceived ideas about it. I’ve been just staying open and observing. I did experience a few washes of cool energy which I identify as Christed energy during the eclipse (I was indoors and not in the path of totality so it wasn’t due to the drop of temperature). But other than that, it felt like any other day.

Yesterday I just felt like being still and not doing much. I noticed during a reading that I was receiving the information but wasn’t feeling energies quite as strongly as usual which is an indicator that I’m in the midst of integration, but other than that I must admit I was one of those people who really wasn’t feeling much at all. That is, until late last night…

Right before I went to bed, I started feeling dehydrated and headachy. But when I woke up this morning…holy cow! I had the most severe energy hangover I have ever experienced. We are integrating a LOT of energy. Like a massive amount. More than I have ever felt, and I have had a lot of profound energetic experiences.

I’m starting to realize that this shift is so profound I don’t think we will really understand how big it is until we look back after a good amount of time has gone by. We have received big healing pieces in the days leading up to the eclipse. We are, in Gabriel’s words, markedly different from the beginning of this year. The energy of this eclipse is so big that it is going to take some time to fully process it, and then even more time to really start to grasp the depth of what it all means.

In the meantime, trust that however you are experiencing and processing it is divinely perfect for you. I have noticed my body asking for more food than usual, and food that I normally try to limit. I am indulging myself. Drink plenty…I mean PLENTY of water. Let your innate wisdom lead you without judging or doubting yourself.

Common symptoms right now are: dehydration, sleeplessness, fatigue, neck/head issues, ringing in the ears, back issues, joint pain, brain fog, lack of direction or ambition, and feeling a sense of suspended animation. This too shall pass.

:) Treat yourself as if you’ve just had major surgery because that is how profound this energetic shift is turning out to be.

I’m also noticing that people are being just as reactive after this eclipse as they were prior. I’m observing a lot of arguing, miscommunications, and meltdowns going on as I go about my business. People are uncomfortable and acting out in their discomfort. Be compassionate and hold the space of understanding and allowance for where they are on their journey (and be grateful you aren’t at that level of discomfort on your own journey anymore!).

I’m also seeing a lot of people feeling like they are in a space between two phases, as if they have completed one phase of their incarnation and haven’t quite fully stepped into phase two. Be kind and gentle with yourself if you are feeling like you don’t even know what to do with yourself. There is plenty of time to figure that out once you have integrated more of this energy. Now is the time for rest, presence, and tender self care. There is an unfoldment occurring that will make things clear when the time is right.

Also, if you are feeling somewhat disconnected from your guides, know that you are not, you are just in an isolation booth of sorts because the energetic integration you are doing is taking precedence over all else. Your guides are with you and loving you through it all, just as strongly and consistently as ever.

I’ve got to say that even though things have been topsy turvy with so much still unknown, there is a definite sense of change – big change – and it is exciting to be part of these unprecedented times on our planet. These are the times we’ve been waiting for! We really are doing it!

So for now let’s celebrate how far we’ve come, see our ascension symptoms as proof positive that things are really happening, and take the next phase one wondrous now moment at a time. Wishing you love and magic moving forward in these remarkable times…