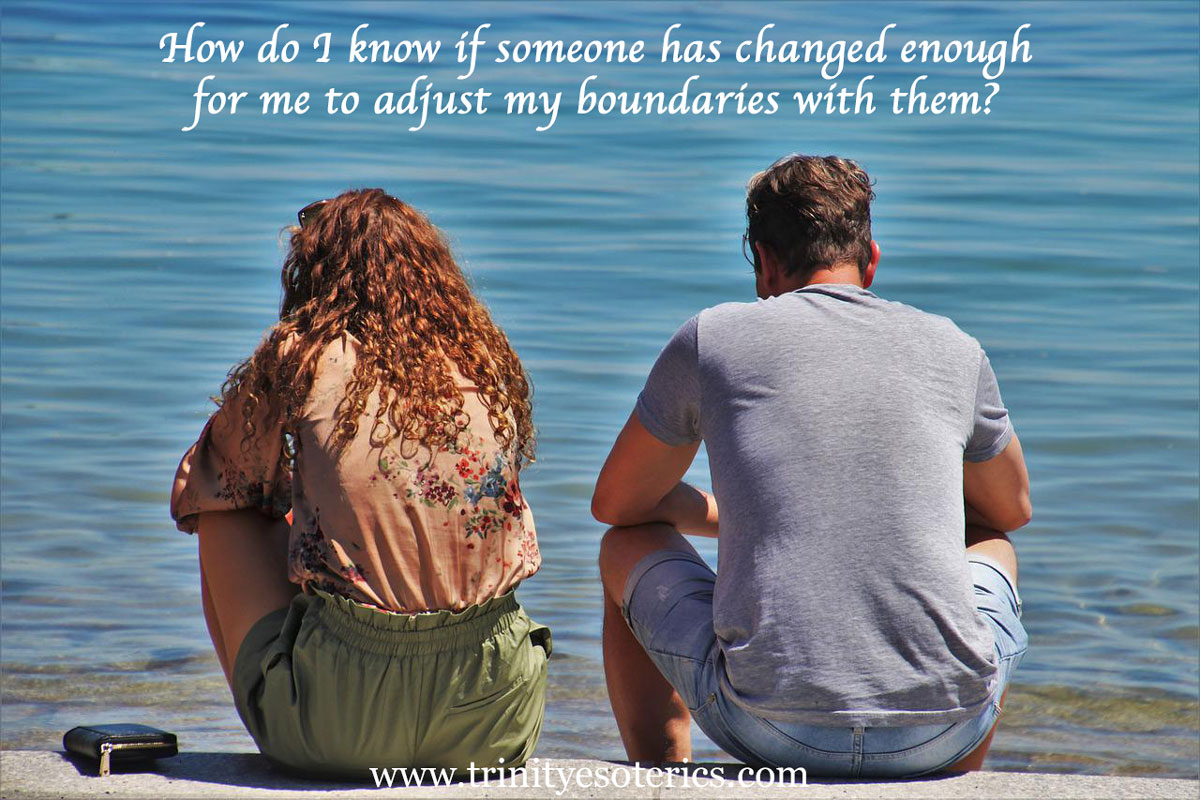 Posted at 09:40h in Daily Message by Trinity Esoterics

As we close out this week’s series of messages on boundaries, we would like to discuss how to know someone has changed enough to let them back into closer proximity to you.

You may have had to create a firm boundary with someone if their behaviour was inappropriate and unacceptable and wasn’t changing despite your making your feelings known. If you have been in an unhealthy dance with another for a long time, suddenly becoming firm and deciding you no longer wish to continue with them can seem like a rude awakening. It can feel like shocking someone awake with a bucket of cold water when they have been in a deep sleep.

Any forced, unexpected change can throw another into what is often referred to as the dark night of the soul. Deep change often follows similar steps to the stages of mourning. And they are, in a sense, grieving the loss of the old way of being, even if that way of being was not for their highest good. Most people, when faced with this, go through the following stages:

It is common for people who are attempting to enforce better boundaries to falter when the person in question is in any of the earlier stages, but as you can see giving in too soon would not create any kind of lasting change. It would only be agreeing to continue the same old patterning.

People do change all the time, in fact, that is exactly what the energies you are in are insisting upon. There will absolutely be times when people change for the better and become a safe person to have near to you again. But true and lasting change is a process that requires self awareness, introspection, and true and consistent action steps that reflect their authentic desire to be different.

It is a wise human being who doesn’t rush back in but allows the other the time and space they need to evolve out of the old patterning. If the person is willing to do the work of changing, and if you are willing to give them the space they need to do that work, as well as exploring and healing what made you a willing dance partner in the old patterning, there can absolutely be an opportunity to come back together in a new, far more healthy and mutually beneficial way. ~Archangel Gabriel through Shelley Young